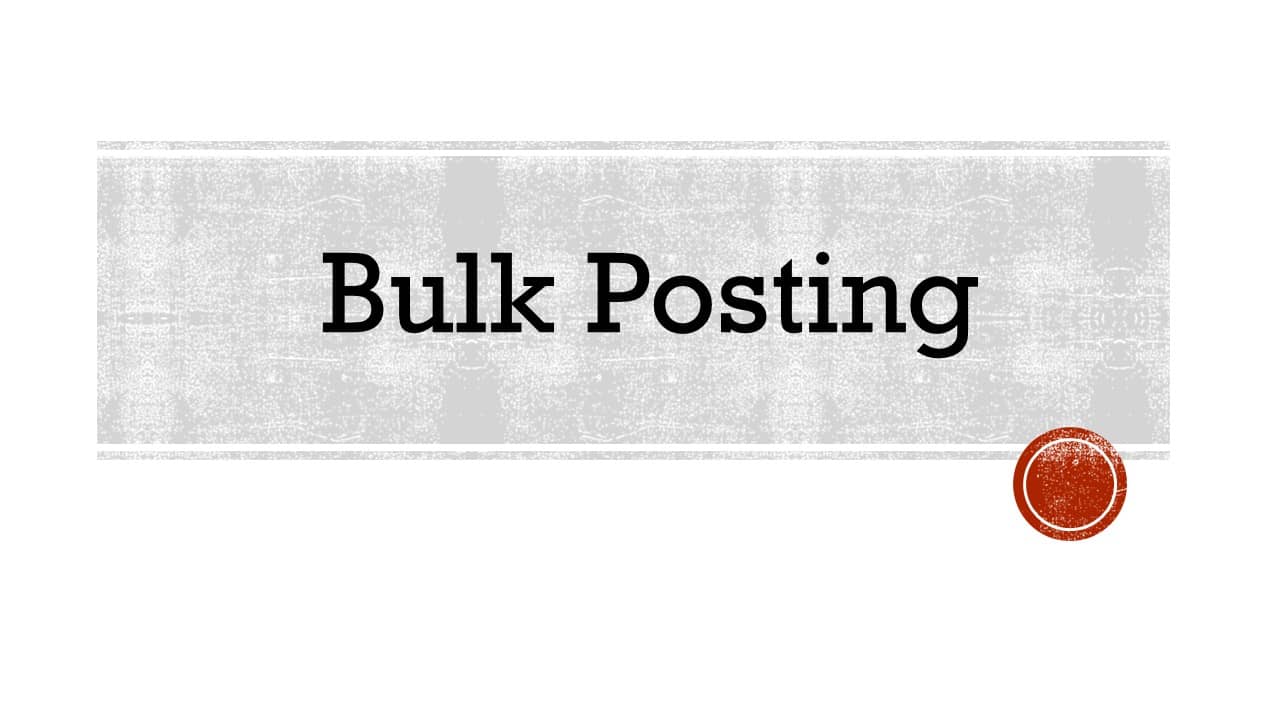 Bulk Posting is a phrase that is mainly used in banking. It means crediting funds to several accounts simultaneously from a single source. For example, the salaries of employees, dividend distribution, governmental subsidies, pensions, etc.

When a single entity transfers something to several then this can be said as Bulk Posting. The term is mainly used by SBI which is the largest bank in India.

It is a term that is used in many places in transactions. Sometimes you got the message that your account is credited with the amount and you do not even know the source. So when you got such a message then there is the term bulk posting that is used means you got money by bulk transfer from a single source to several accounts.

Sometimes a dividend is issued by the bank to maintain the good balance in the account. This dividend is paid through bulk posting and it may be high if you maintain a huge amount.

EPFO means Employees’ Provident Fund Organisation and it started the facility of bulk transfer on 7th October 2020 to reduce the time taken to transfer funds. This facility increases the ease of doing business as it allows exempted establishments to bulk post in a single go.

There are several scholarship tests taken every year and these scholarships are directly credited to students’ accounts by bulk posting. Bulk Posting term may be new for you but it is widely used. You can see this term in many places in banking transactions.

Also Read: What is CIBIL score and how to maintain it?

What is CIBIL score and how to maintain it?

What are RTGS, NEFT, and IMPS in Banking?

What is compounding Interest Investments?